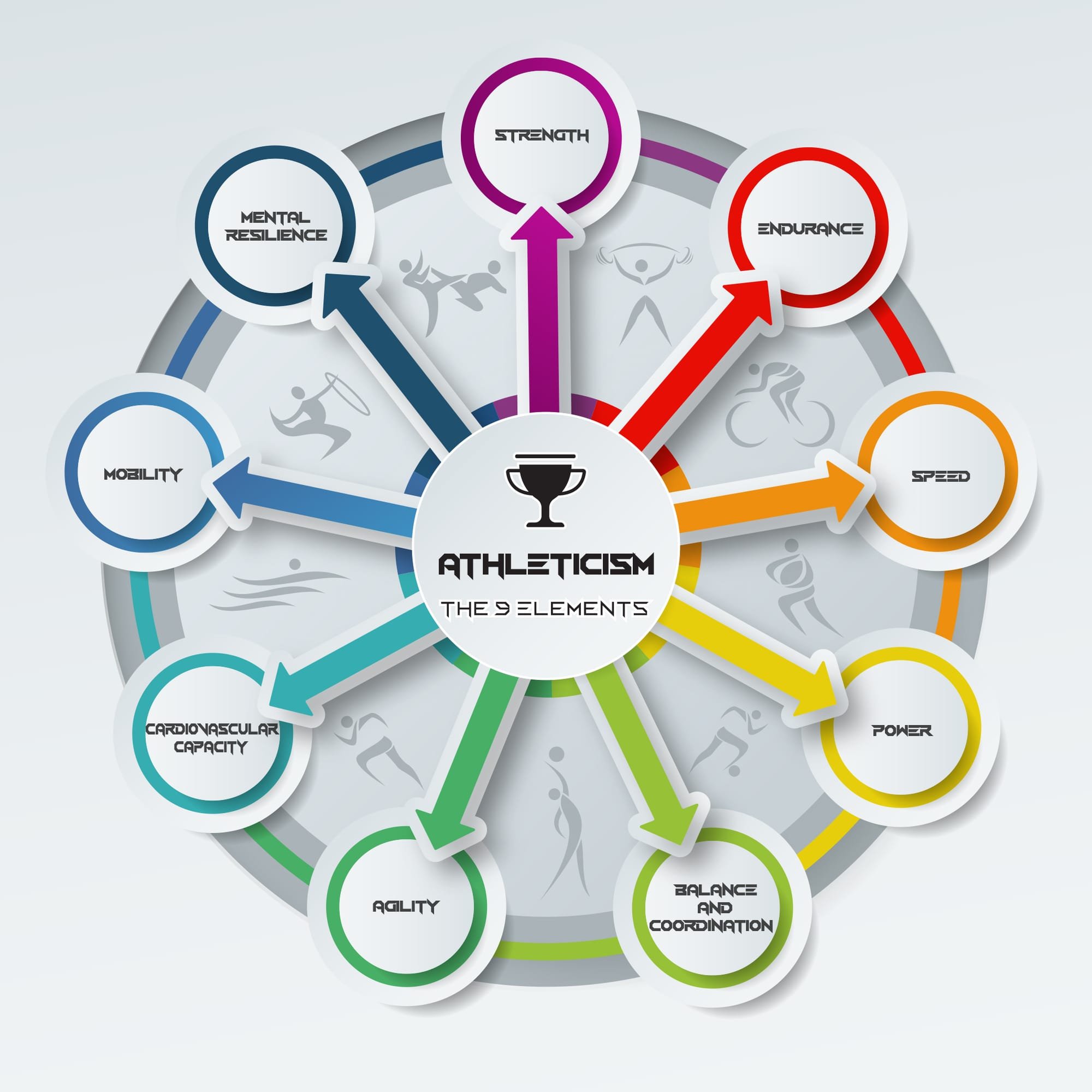 Athleticism is the development of a well-rounded athlete:

In Athleticism I get to experiment various methods of training regarding each skill, for example, I may one day manipulate the continuation of a bear complex workout, increase the intensity of a power clean conditioning, shorten the time on the rowing machine to max out towards fatigue... and so forth. All these features are done for the sake of performance improvement and the synergetic balance of the Whole Athleticism Circle.

On the other hand, Athletics Trainer is a professional instructor who trains athletes mainly in the Athletics Sports which consist mainly of running, jumping, throwing and walking, most of his trainees can be found in track and field sports, road running, cross country running and race walking.

As an Athleticism trainer, I do emphasize the importance of cardiovascular capacity and power endurance but I make sure not to be caught up in its web and neglect the other factors that make up the Athleticism Doctrine.

What I do can be simplified in these following steps:

1) Assess the Athletes through corresponding tests to each skill.

3) Preparing an off-season training system in addition to his boot camp.

4) Screen and monitor his nutrition, for an athlete nutrition defers from a bodybuilder that want to gain mass or a regular person who wants to lose belly fat.

5) Work with his medical team that consists of (Physiotherapists, Chiropractors, and doctors).

6) Training his mental attitude towards a winning mindset, focusing on behaviorism and cognitive techniques to remove mental blocks and getting him ready towards an event.

Elphman System – Why is it called a System? Because it consists of three pillars: Physical, Nutritional and Psychological. It is an ongoing system, it doesn’t end, it isn’t fixated, it is an evolutionary ever-growing system.

Everyone can benefit from this system regardless of being an athlete or just a gym enthusiast. Our system is based on Scientifically Data, collected through numerous studies, courses, certifications, books, researches and latest findings in the sports realm.

Elphman System is NOT: Powerlifting, Crossfit, Strength and Conditioning, and surely not Athletics, It is Athleticism.

Do you still want to be limited to aesthetics or just brute strength, or you want to Defy Your Limits, Break Your Chains, and experience the Realm of Super Human?